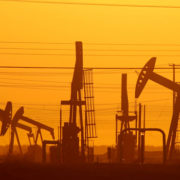 Duke University researchers discovered fracking wastewater is almost all naturally-occurring brines that are extracted along with natural gas and oil.

Tests found more than 92% of flowback and wastewater (aka produced water) is just brine that releases under pressure.

About 4% to 8% of wastewater is produced from the fracking fluids that are injected into wells.

The Duke study jibes with a 2015 EPA report that fracking hasn’t caused significant groundwater and well damage, and is relatively safe.

Caveat: EPA did warn about fracking in areas where water tables are low, fracking directly into rock formations that contain freshwater, and failing to prevent spills of processed water.

That’s the good news for oil and gas producers. The bad news is fracking appears to increase the likelihood of earthquakes.

A string of quakes in Oklahoma prompted the shutdown of multiple wells. Earthquakes weren’t a problem in the Sooner State until the fracking boom in 2010.