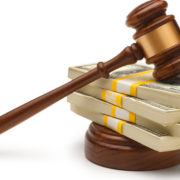 Inspectors have told us certain kinds of facilities are a hot spot for hazardous waste gaffes.

Take Higher Education, for example. Texas A&M, Baylor and Texas Christian are on the hook for Resource Conservation and Recovery Act (RCRA) mishaps.

All three schools reported their hazwaste streams, as required under RCRA, and claimed they were small quantity generators (SQGs).

A quick look at the waste generated – most of it from science labs – showed all three were in large quantity territory.

None of the schools had the required RCRA permits, which entail doing in-depth training and reporting hazwaste to emergency responders.

Catch up on changes to RCRA

More than half a million facilities are impacted by EPA’s Hazwaste Generator Improvements (HWGI) rule, which affects RCRA compliance.

Most changes are industry-friendly and should help prevent SQGs from violating their permits if they generate a higher than normal amount of hazwaste in a given month. But there are a lot of changes which can always cause trouble if staff don’t know about them.